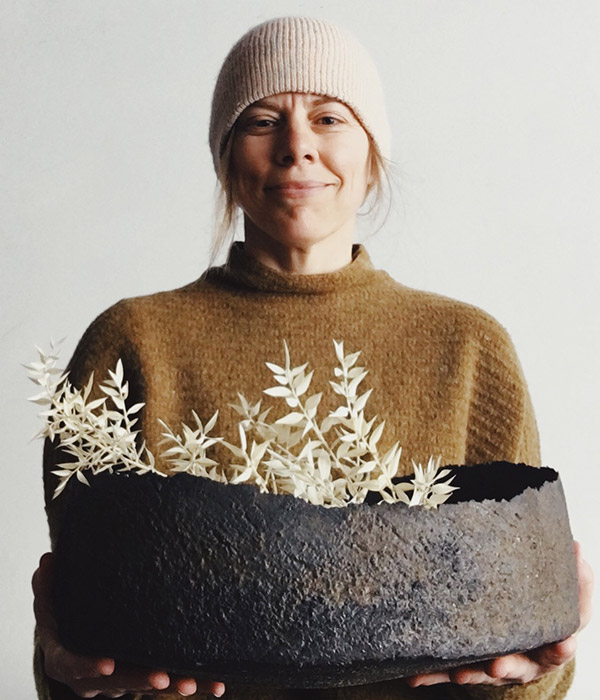 Erica Iman makes hand-built, one-of-a-kind vessels that are often reflective of forms or fragments found in nature. She enjoys the raw material properties of clay and minerals and is continuously experimenting with these materials and processes to advance her work.

Erica received her BFA in Ceramics and BSE in Art from the University of Missouri Columbia in 2005 and obtained her MFA in Ceramics from Southern Illinois University Edwardsville in 2012. Between earning her degrees she served 2 years in the U.S. Peace Corps on the Eastern Steppe of Mongolia and was a selected participant in the International Workshop for Ceramic Arts in Tokoname,(IWCAT) Japan program in 2007.

Erica has taught in various schools and community arts centers and is currently a studio artist in Kansas City and a founding member of the KC Urban Potters.  She was awarded second place in the San Angelo National Ceramic Competition with the work being purchased by the San Angelo Museum of Fine Art, was selected for the 2013 NCECA Biennial Earth/Energy, and recently received an honorable mention in the 10th International Ceramics Competition, Mino, Japan.

In addition to her studio work and teaching, she gardens and works in the antiques and design side of her husband’s auction business.