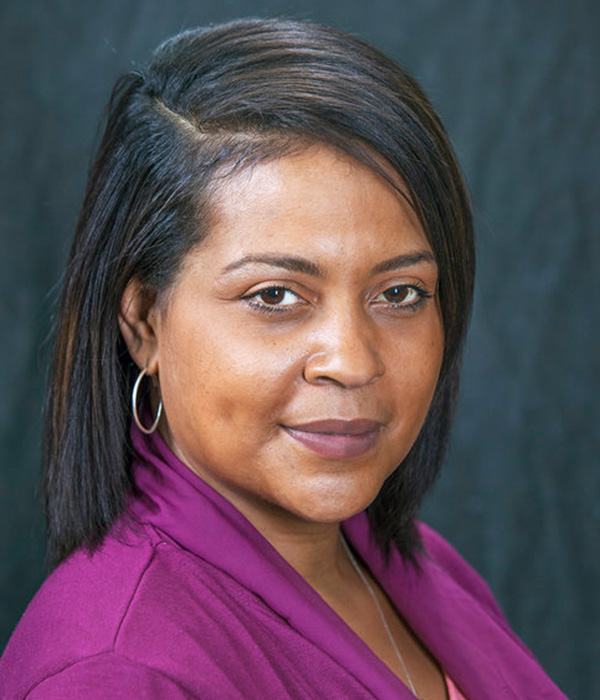 Tiffany Johnson was born in St. Louis, but raised in Iowa from a small child so considers herself to be an Iowa native. Acting has always been a passion of hers as she feels it gives her a unique opportunity to ask tough questions, raise awareness on issues and many times walk right up and touch the elephant in the room. Acting is not a job for Tiffany, but rather a passion.

Her acting work includes, Good People/Stagewest 2013; The Jack Trice Story/Juneteenth 2014; Clybourne Park/Stagewest 2014; Fences/DSM Social Club 2014; The Mountaintop/Westminster Presbyterian-Intergal Arts 2015; Silent Victory/Pyramid Theatre Company 2015 and Amen Corner/Pyramid Theatre Company 2017. She was recognized by Broadway World as the 2014 best actress in Des Moines, IA with her role as Rose in Fences directed by Ken-Matt Martin. She then stepped into the realm of Directing and Production working as the Associate Director on the 2015 production of A Soldier’s Play produced by the Des Moines Social Club.

In August of 2015, Tiffany became one of the founding members of Pyramid Theatre Company which was established to serve as gateway to the arts and to enhance the experience by illuminating the presence of black artists and providing opportunity for more diverse artistic expression. Tiffany made her directorial debut in 2016 with Pyramid Theatre’s first production as a company, A Raisin in the Sun by Lorraine Hansberry, and has since directed Akeelah and the Bee/Des Moines Young Artist Theatre, Dead Dog Park/Open Door Rep, Intimate Apparel/Pyramid Theatre, and her most recent, How I Learned What I Learned/Co-Production Riverside Theater/Pyramid Theatre.

More than anything Tiffany loves to give of herself to her community as she firmly believes in “as you empty your vessel, your vessel is filled”. She also believes it takes a village to raise our children, to support our communities and to nurture our tomorrows, and intends to use her gifts to make room for others to utilize theirs.