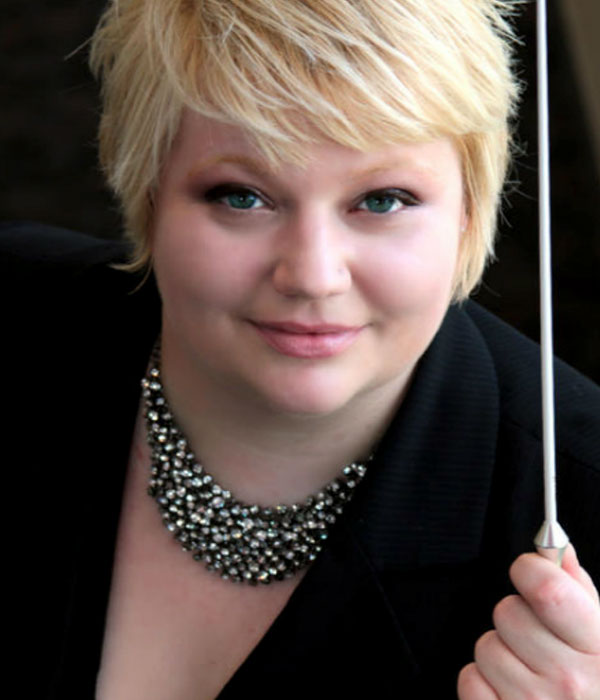 Dominique Røyem is the Music Director of the Fort Bend Symphony Orchestra. An active guest conductor, she has worked with ensembles such as the Ukrainian State Orchestra, Plevin Philharmonic, Galveston Symphony, Moores Opera Center, Sugarland Opera, HBU Opera Theatre, and the Houston Civic Orchestra. She was the Resident Conductor for Bayou City Concert Musicals, Music Director for Houston Grand Opera’s Opera to Go!  during the 12-13 and 13-14 seasons, and the Conducting Fellow for the Allentown Symphony Orchestra’s 2012-2013 season.

She has a Doctorate in Orchestral Conducting from the University of Houston Moores School of Music. Her dissertation, entitled “Generic Integration and Its Expressive Potential in the Music of Kurt Weill and Richard Rodgers,” uses semiotic and genre theory to illuminate the similarities between opera and musical theatre in the 1940s and 1950s. Dominique currently lectures at the Women’s Institute of Houston.

Dominique’s YouTube channel focuses on bringing her joy about classical music to listeners everywhere. Check out her videos about Music History, Music Theory, and Pop Music.